Minterville is a strange little town. Half of the population of the town has the ability to speak psychically to each other while the other half can’t. But after two new families move into the town, things began to change.

Elliot is a high school student that begins to realize something is wrong when women start disappearing from the town. After contacting his Uncle Andy who is the police chief and hearing that even more women have been reported missing, Elliot takes it upon himself to begin investigating. What he uncovers will shock everyone in the small town of Minterville and lead to the biggest massacre to ever take place there.

I was sent this novel for review from the author and could not be more satisfied with it. Even though the book is only 121 pages, Jessica Wren managed to pack a ton of world building and character development into an action packed psychological thriller that was beautifully screwed up and kept me grasping for more.

Ice was incredibly entertaining and the writing style this author has is fantastic. Easy to read with very strong storytelling abilities. She’ll be an indie author to watch for years to come. 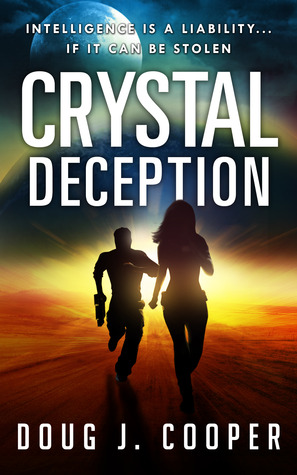 Really need the next one now!

Crystal Deception is the first installment in the Crystal Series by Doug J. Cooper and I thoroughly enjoyed it!

This story follows a few different characters as they prepare for a potential battle in space against the Kardish race that have been lingering just outside of Earth for decades without making a move. Juice, or Dr. Jessica Tallette, has been tasked with creating a new generation of AI crystal that can help navigate and control Earth’s army space ships. As a result, Juice creates Criss.

Criss is locked in his own prison and must make the ultimate choice to save the human race or take off on his own.

There were a crazy amount of layers to this novel and I couldn’t wait for the next big plot point to hit to see how the main characters would react. The author did a fantastic job of world building and character development. I will absolutely be reading the next book and anything else that Doug J Cooper decides to write in the science fiction genre. This was fantastic. 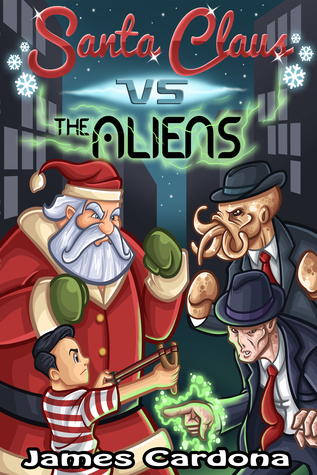 This is my second time reading something from this author and I wanted to love this story as much as I loved Under the Shadow of Darkness, but unfortunately I didn’t.

Edwin is a little boy staying in a boarding home run by nuns. He has a friend there named Frankie, if you could even call Frankie a friend since he is more of a bully than anything else. Edwin has a family that loves him and would like him to move back home, but he doesn’t feel comfortable doing that ever since his dad got re-married.

Edwin carries a ring with him that his father gave him before coming to the boarding home and never really thought much about the ring until one night when he accidentally got his blood on the ring. After that Edwin began noticing that these strange gray men were following him everywhere and he couldn’t escape them.

One of the many times that Edwin is on the run, he bumps into Santa Claus at a local department store while Santa is on his break from taking pictures with little kids. Soon Santa and Edwin realize they have a lot more in common than they thought and now Edwin has to decide what family really means to him.

This was a cute story, but I had a few problems with it. The first problem was the amount of run-on sentences in this book. At times there were entire pages with only one or two sentences. It definitely kept taking me out of the story and felt more like an oversight than anything else.

The second problem I had with the story was the age of Edwin. Edwin is supposed to be a 14 year old boy, but it definitely read more like Edwin was younger than that. To me the story made more sense if I believed Edwin was really 10 or younger. Again, a minor problem.

The final issue I had with the story was the random religious bits thrown in at the end. They felt completely out of place and I’m not really sure why they were in the story.

Those three things combined made me give the story a 3/5. Overall though I really did enjoy reading about Edwin and Santa. I thought it was a cute idea for a story and definitely one that I could see myself enjoying if I had read it when I was younger. James Cardona is a fantastic fantasy/science fiction writer so it’s a little strange to see a shorter story by this author have more issues than his longer installment in the Apprentice Series. 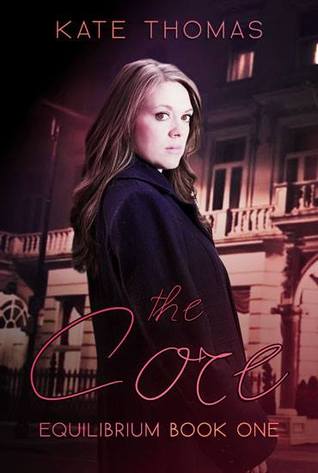 The Core is the first installment in the new series from fantastic author, LA Starkey aka Kate Thomas. The Equilibrium Series kicks off by introducing readers to Ellie and her mysterious boss David. After Ellie walks into David’s office and finds him covered in blood, Ellie is convinced she works for a murderer.

Ellie enjoys her job with David, but somehow has no idea what her boss actually does for work. After discovering David in her apartment one night, Ellie begins to think there might be more to her boss than just insanely good looks.

Now I have to admit, this story is again not something I typically go for mostly because it falls into the “new adult” category. However, this. Was. Amazing.

Kate has once again proven that she can create incredibly detailed and layered paranormal worlds that pull the reader in within the first few pages. At first I was really against the idea of David’s character, but by the end of the story I couldn’t get enough. The Core was a fantastic beginning to this series and I absolutely cannot wait for the next installment.